These days, I dig more and more in the Kiss catalogue and even if they are a band that wasn’t that important for me in my development as a hard rock/heavy metal fan, I am touched by a handful of albums in their discography in a way that only classic albums can touch someone.

Creatures Of The Night is one of them but I was first introduced to the masked quartet via 1975’s Dressed To Kill. I have to say, that I was immediately attracted to the cover sleeve that shows the band standing in a New York street, dressed in their best suits with the full make up on. I thought it was an effort in sobriety and class and straight to the point (something Kiss hasn’t always excelled in doing). Honestly, this looks pretty cool and Peter Criss and the Spaceman look interestingly sharper than the Stanley-Simmons pair. 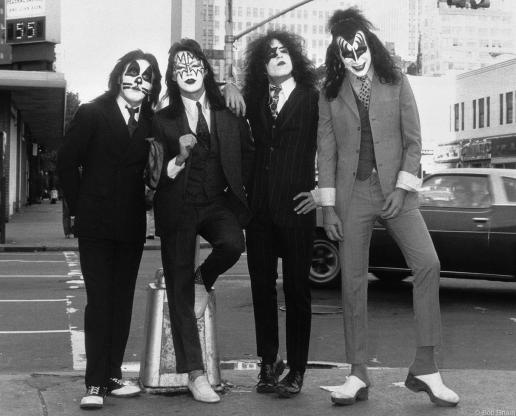 But let’s trow in a bit of context here. By 1975, Kiss was already almost 3 years old, had released 3 albums and had a few tours under their belt. However, despite interest getting stronger with each release, they weren’t even close from what could be considered a hit. Their label, Casablanca was close to bankruptcy, having a hard time recouping their investment on the band and it seemed that something was lacking. It was amidst turmoil, stress and anxiety regarding the future of the band that Dressed To Kill was created. 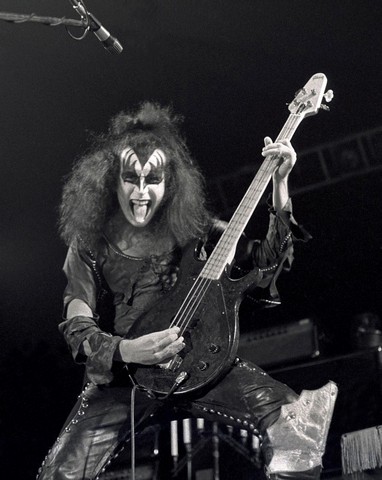 Let’s cut to the chase: it is one of Kiss’s first period best (pre-Alive that is, and thus pre-success). I have a lot of affection for the opener “Room Service” that is a fun and uplifting track supported by a cool solo courtesy of Mr. Frehley. Next, Simmons provides us with the very under the belt oriented “Two-Timer” and “Ladies In Waiting” that if not completely indispensable contribute to the album’s charm. Peter Criss sings the next one, “Getaway” and his identifiable raspy voice serves it well and gives it a cool edge. On side two, I am particularly fond of “She,” an oldie penned by Gene Simmons during the Wicked Lester days. Maybe one of the hardest song here (for 1975 I mean). Also, I enjoy a lot the spiraling riff of “Love Her All I Can” that will make your head turn. Most importantly, Dressed To Kill is the album that originally contained “C’mon And Love Me,” and “Rock and Roll All Nite” that will become a hit later that year in his live version. 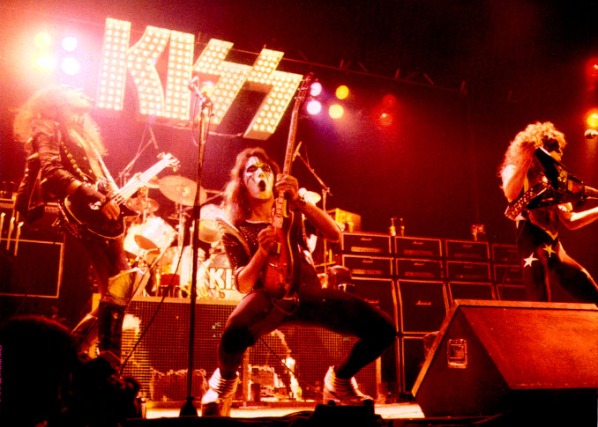 Despite pressure and uncertainty,  Kiss were on their way and delivered a strong and cohesive record. It seems like those were the days when the band was a unit working toward a common goal: making it! It made it to number 32 on the chart (a nice improvement since Hotter than Hell stalled at number 100). I think this one may tend to get overshadowed by Alive and maybe even more by 1976’s Destroyer, but credit should be given when it is due and it should be, in my opinion, included in the list of Kiss’s classics.

2 thoughts on “Dressed To Kiss”